Duncan's Bookshelf is not a subscription and does not yet have a regular schedule for making their Mini Grab Bag O' Books available. In February, they had a Winter Flash Sale event with shipment expected at the end of March.  For $24.95 plus free shipping, they promised a random assortment of books with at least one hardcover (and usually two). The books are mostly fiction with occasional non-fiction. These are bargain or overstock books which means they are new and unread but may have publisher remainder marks, sticker residue or slight cover blemishes. Readers could choose from six genres:  Horror, Mystery/Crime, Thriller/Suspense, SciFi/Fantasy, Urban Fantasy or Young Adult.

I ordered the Thriller/Suspense genre for my grab bag. A heavy USPS Priority Mail box arrived in early April, right on time. There is no book swag here; this box is ALL about the books!  I received two hardcovers and two softcovers. 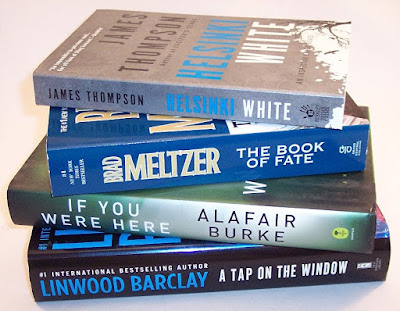 There was a paper slip included that listed the four books and mentioned that this shipment is Volume 3; I guess that means it's the third time it's gone out.  I do not plan to miss out the next time this is available! 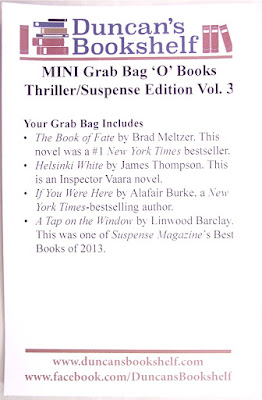 I haven't read any of these books yet so am not in a position to review them but here's what I got with a few brief comments.  First is "Helsinki White" by James Thompson. This is "an Inspector Vaara novel" so it must be from a series.  The plot involves a black-ops police unit in Finland, the kidnapping of a billionaire's children and the assassination of a political activist. (SC, 2012, 355 pages, $15.00) 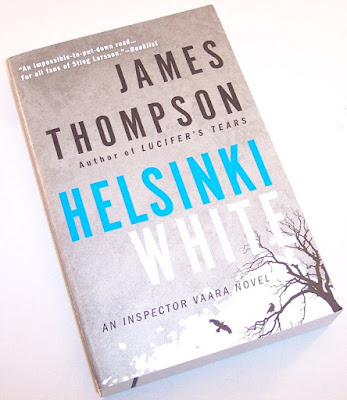 This hefty softcover is "The Book of Fate" by Brad Meltzer, a #1 New York Times bestseller. A crazed assassin kills an old friend of the president but the old friend turns up alive eight years later. Untangling the mystery involves secrets buried in Freemason history and a 200-year old code invented by Thomas Jefferson to conceal secrets.  Sounds like a fast paced action-packed story with fascinating historical ties.  (SC, 2006, 520 pages, $13.99) 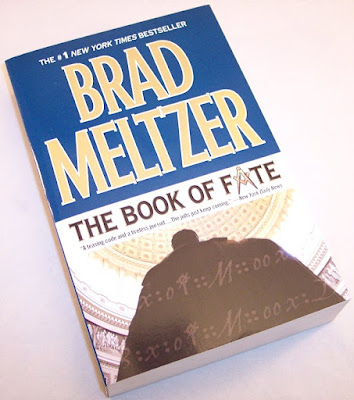 Alafair Burke is an unknown author to me but "If You Were Here" looks like my kind of suspense novel.  The story starts with an unidentified woman who heroically pulls a teenage boy from the tracks just before a subway train roars through. Video surveillance reveals the woman to be someone who vanished without a trace ten years earlier. She was a classmate of the husband of the journalist who is reporting about the subway incident. The journalist embarks on a search that uncovers dark secrets.  (HC, 2013, 369 pages, $25.99) 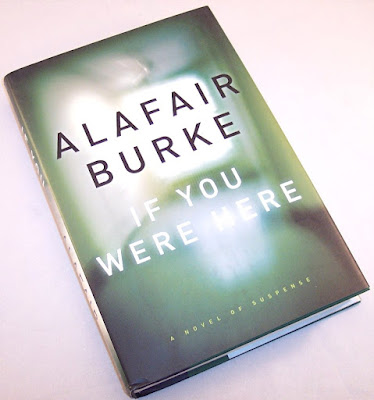 The second hardcover book is "A Tap on the Window" by Linwood Barclay. This thriller involves a private investigator whose teenage son died in a tragic drug-related accident. His marriage and world are coming apart with the grief.  A chance encounter with a girl the same age as his son leads him into a world of lies, secrets and cover-ups. He becomes a bit unhinged as he attempts to find the dealer who sold the drugs to his son. The reviews on this one are mixed but the author is solid so I'll give it a chance. (HC, 2013, 500 pages, $25.95) 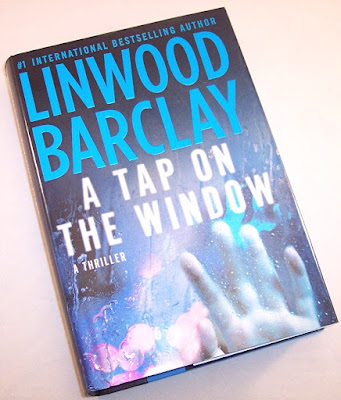 These are all books I would have picked up for myself from a book store overstock table so I'm happy with the selection. They all seem to have intriguing plots with lots of twists and turns to keep the reader on the edge of their seat. The $24.95 price tag is quite reasonable, especially when you consider that there was no shipping charge for the four pound box in which these books arrived.

Unfortunately, the Late Winter Flash Sale event is now closed and it isn't certain when the next sale will be held. It sounds like they are trying to figure out a strategy going forwards. A possible sale this summer may be in the works.  I think a lot of readers would like to see this one become a true subscription but even if it remains an occasional sale opportunity, it's worth keeping an eye on.  I don't see a mailing list option on the website but there is a newsletter sign-up tab at the top of their Facebook page if you want to be kept informed.  The owner does seem to be quite engaged and responsive on Facebook; that is a good sign!